We missed training last week due to a mad traffic jam we got stuck in – so this week it was 2 weeks since joey had been to training. He has been so much better with not jumping up, he is finally sleeping past 5am with no more mad crazy crying, and he seems a lot calmer when it comes to food. So overall he is doing really well. (Although as I type this he is trying to jump up and see what I am doing!)

Dog training is an hour each week, and I have come to the conclusion that Joey only has a 25 minute attention span. It’s the same every week – he is great for the first 25 minutes and then after that he has no interest in sitting, walking, staying or even the treats.

He seemed more interested this week in the other dogs. After that 25 minutes of great behaviour he spent the rest of the time spinning around looking at everything other than me. He was fascinated with the new dog that had joined the group, the little girl who had some with her owner and the dog who was barking at every other dog.

Anyway we persisted with it and eventually he lay down for a treat without me needing to wrestle him to the ground!! 🙂 ha ha! He isn’t too keen on lying on the floor and still tries to give both paws instead – but it’s a start.

Walking on the lead is probably the least successful thing we did. He has moments when you think he is finally getting it – and then he spots something he wants to look at and he’s off. I understand the loose lead – but it’s hard to maintain that when he is dragging you over to the other side of the room because he spotted something he wants to take a look at.

He is getting so big now and has really filled out – so that’s nice to see. I swear he has growth spurts overnight – as you seem to wake up and he is another inch taller. Him and Coco are loving playing together – they are so similar it’s unreal.

We’d love to hear how your dog is getting on at dog training. 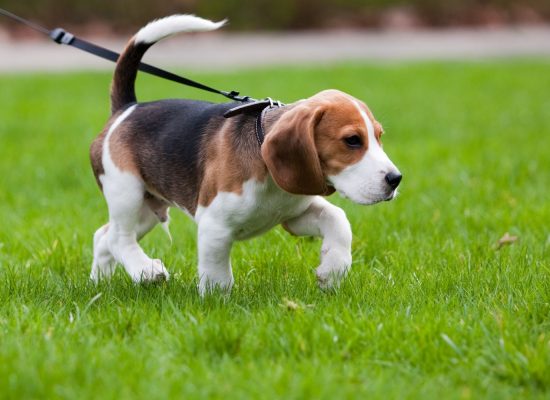