I am sure we have all had a nasty encounter with some dog poop that an owner has failed to pick up after their dog has done its business.

It’s something that I am sure annoys both people who own dogs and those who don’t.

With an app now for nearly everything I was delighted to see this ‘Doggy Do App‘ being launched in Wales. 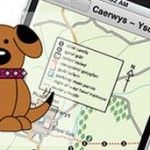 It’s being described as “A new dog fouling smartphone app which allows people to report mess left on pavements.”

The Council explained that “It means that residents can report incidents to us any time of the day, any day in the week at a time that suits them.”

It’s great to see steps are being made to make ‘roque’ pet owners pick up their dogs poop – After all they can’t do it themselves!!

It will however be interesting to see how many people download and use the app – as ultimately that will determine how successful the initiative is.

Would you download the app if there was one available in your area?