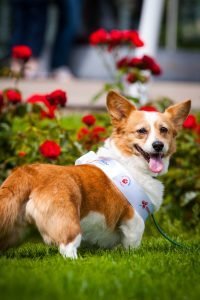 Favourite Food: She loves chicken and she gets it as a treat once or twice per week.

Favourite Toy: She doesn’t know how to play with toys . However, she loves playing with me and her brother Prince.

Favourite Place to Sleep! Oh, she loves my bed.  Ever looking for her, that’s where I’ll find her. 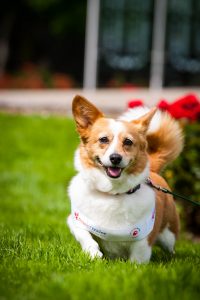 How did Ginger come into your life? What’s her story?

I rescued her from Animal Help Net Kerry in March 2013 after she had been living in the wild for months.  I saw her story on Facebook and knew I had to adopt her and give her the life she deserves.  It was the best decision I ever made.

What makes Ginger the most pawtastic pet EVER!

She is special because even after all she has been through she still manages to have fun, wag her tail and be happy.

I decided to enter the Nose of Tralee to get Gingers story recognized and to raise awareness for rescues like Ginger.  I wanted people to be aware of the cruelty that some poor animals have to face and hopefully now that we have won I can make a small difference in the country to stop this.

Oh, it was exhausting but so worth it.  I got votes by getting a campaign team together, there was 5 of us on it full time.  I contacted the local media and luckily they all did an article on the competition.  I set up a Facebook page for Ginger and generated as many likes as possible. I brought her to events around the county especially during the Rose of Tralee and I reminded everyone on a daily basis to vote.  I also managed to get celebrities on board to share Gingers voting link.  Michelle Keegan, Charley Webb, Jacqueline Jossa and Kym Marsh.  I got flyers and posters sponsored by local businesses also.

I had so much fun with the campaign, meeting so many new people and having people stop Ginger on the street because they knew her from Facebook.  I loved meeting so many people that had the same passion as me.  I loved every part of it.  I was addicted to it from morning to night

I would tell next years Nose of Kerry that it is possible to get votes and get the County behind you.  Kerry is fantastic for support.  You can win this if you work hard. It is a daily job and you cannot take your eye off the ball throughout the competition.  I will also be 100% on board with next years Nose to help in any way I can.

How is Ginger handling their new found fame?

Ginger has really been lapping up the attention she gets from everyone. She is even used to getting her photo taken and I think at this stage she knows what’s going on because she poses for the photographer.  She also took to the bed for 2 days after the competition just to sleep.  She was so tired from being around town during the Rose of Tralee.

If Ginger could be any super hero who would they be?

Ginger is already a superhero!! During the competition she was named ‘Ginga the Ninja’ 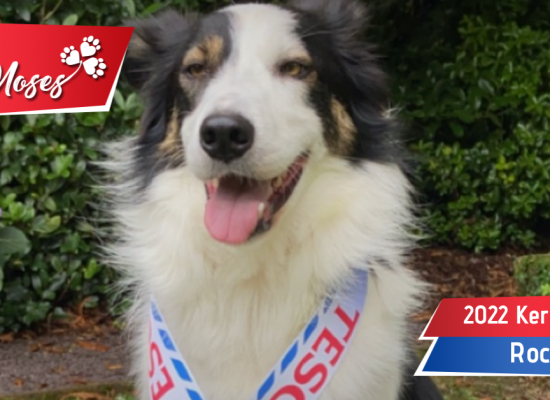